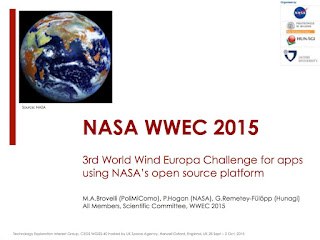 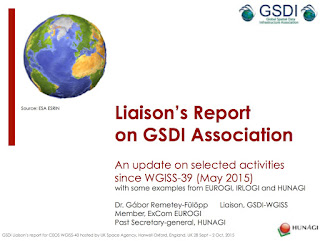 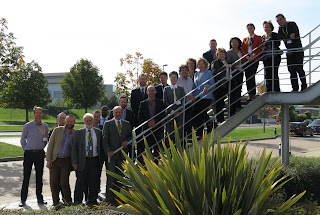 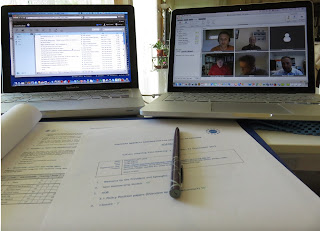 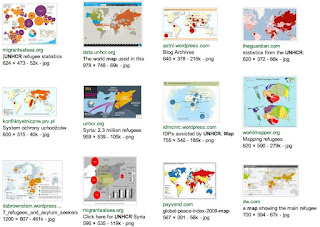 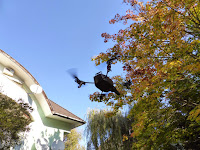 The UNHCR Global Trends 2014 Report released earlier this week by the UN High Commissioner for Refugees finds that “wars, conflict and persecution have forced more people than at any other time since records began to flee their homes and seek refuge and safety elsewhere“.
Commemorating World Refugee Day, UN High Commissioner for Refugees António Guterres declared in a statement that “around the world, almost 60 million have been displaced by conflict and persecution. Nearly 20 million of them are refugees, and more than half are children. Their numbers are growing and accelerating, every single day, on every continent.” But while the ‘western’ media takes an often embarrassingly western-centric view, and European politicians struggling to find solutions to this global crisis, the report also shows how big this human crisis really has become.
The following two cartograms show the most recent picture of global refugee trends in 2014 as published in the 2015 UNHCR report. The two maps use the total numbers for ‘refugees and people in refugee-like situations’ according to their country of origin and destination and resizes each country according to its absolute number of refugees. Excluded in these maps are those refugees whose origin is unknown or who are stateless or cannot be assigned to a specific country: 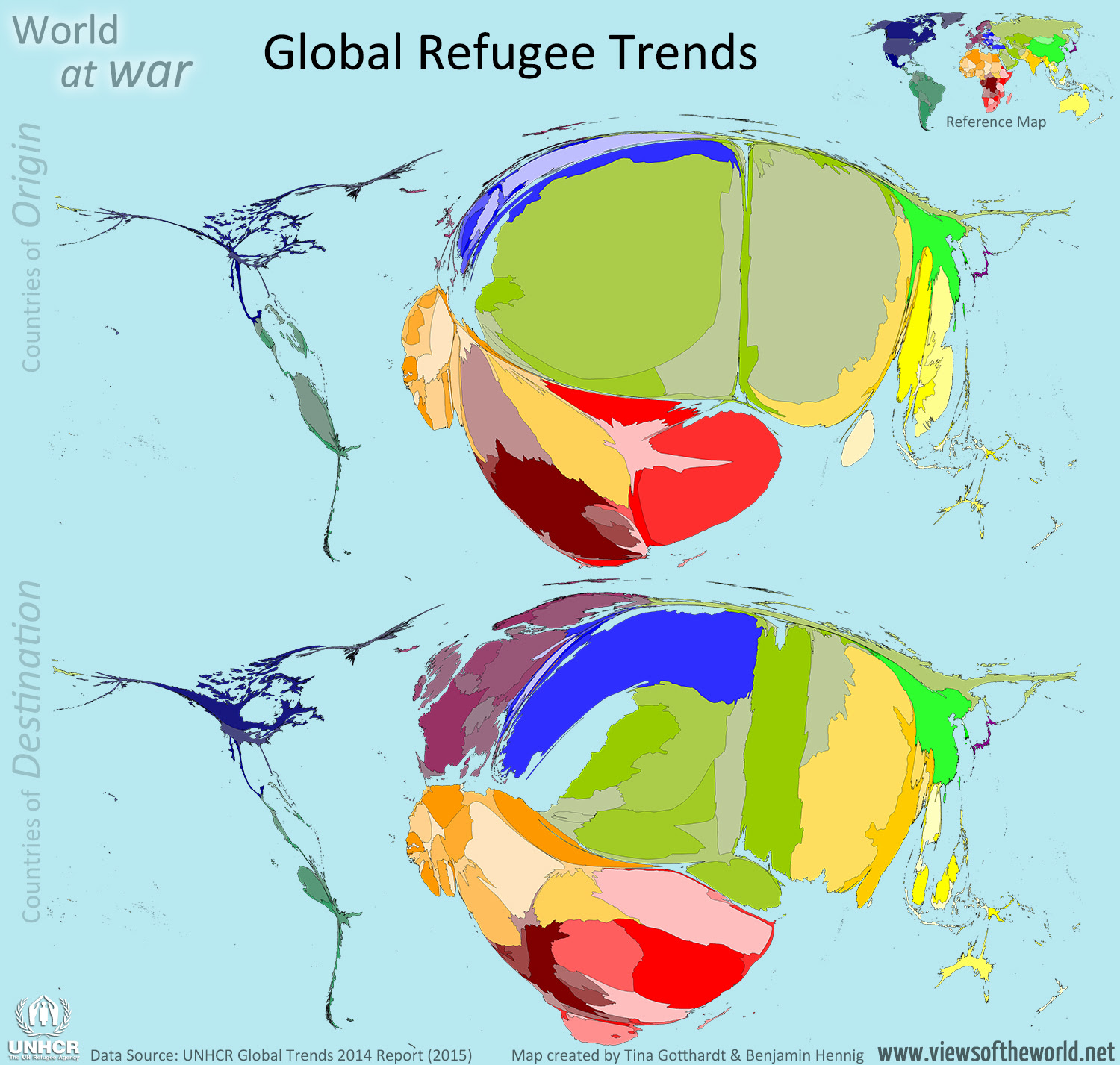 (click for larger version)
Some key statistics and findings from the report are (quoted from the Press release):

The Global Trends report detailed that in 2014 alone 13.9 million people became newly displaced – four times the number of the previous year. Worldwide there were 19.5 million refugees (up from 16.7 million in 2013), 38.2 million were displaced inside their own countries (up from 33.3 million in 2013), and 1.8 million people were awaiting the outcome of claims for asylum (against 1.2 million in 2013).
Most alarmingly, however, it showed that over half the world’s refugees are children.
Syria is the world’s biggest producer of both internally displaced people (7.6 million) and refugees (3.88 million at the end of 2014). Afghanistan (2.59 million) and Somalia (1.1 million) are the next biggest refugee source countries.
Almost nine out of every 10 refugees (86 per cent) are in regions and countries considered economically less developed.
Europe (up 51%)
Conflict in Ukraine, a record 219,000 Mediterranean crossings, and the large number of Syrian refugees in Turkey – which in 2014 became the world’s top refugee-hosting nation with 1.59 million Syrian refugees at year’s end – brought increased public attention, both positive and negative, to questions to do with refugees.
In the EU, the biggest volume of asylum applications was in Germany and Sweden. Overall, forced displacement numbers in Europe totalled 6.7 million at the end of the year, compared to 4.4 million at the end of 2013, and with the largest proportion of this being Syrians in Turkey and Ukrainians in the Russian Federation.
Middle East and North Africa (up 19%)
Syria’s ongoing war, with 7.6 million people displaced internally, and 3.88 million people displaced into the surrounding region and beyond as refugees, has alone made the Middle East the world’s largest producer and host of forced displacement. Adding to the high totals from Syria was a new displacement of least 2.6 million people in Iraq and 309,000 newly displaced in Libya.
Sub-Saharan Africa (Up 17%)
Africa’s numerous conflicts, including in Central African Republic, South Sudan, Somalia, Nigeria, Democratic Republic of Congo and elsewhere, together produced immense forced displacement totals in 2014, on a scale only marginally lower than in the Middle East.
In all, sub-Saharan Africa saw 3.7 million refugees and 11.4 million internally displaced people, 4.5 million of whom were newly displaced in 2014. The 17 per cent overall increase excludes Nigeria, as methodology for counting internal displacement changed during 2014 and it could not be reliably calculated. Ethiopia replaced Kenya as the largest refugee-hosting country in Africa and the fifth largest worldwide.
Asia (up 31%)
Long one of the world’s major displacement producing regions, the number of refugees and internally displaced people in Asia grew by 31 per cent in 2014 to 9 million people. Continuing displacement was also seen in and from Myanmar in 2014, including of Rohingya from Rakhine state and in the Kachin and Northern Shan regions. Iran and Pakistan remained two of the world’s top four refugee hosting countries.
Americas (up 12%)
The Americas also saw a rise in forced displacement. The number of Colombian refugees dropped by 36,300 to 360,300 over the year, although mainly because of a revision in the numbers of refugees reported by Venezuela. Colombia continued, nonetheless to have one of the world’s largest internally displaced populations, reported at 6 million people and with 137,000 Colombians being newly displaced during the year. With more people fleeing gang violence or other forms of persecution in Central America, the United States saw 36,800 more asylum claims than in 2013, representing growth of 44 per cent.

More details and the full report can be found on the UNHCR website:http://www.unhcr.org/558193896.html
More related maps are also on this website:
The content on this page has been created by Tina Gotthardt and Benjamin Hennig using data published by UNHCR. Please contact me for further details on the terms of use."
Újraközlés Dr. Benjamin Henning (School of Geography and Environment, University of Oxford) írásbeli hozzájárulásával. Forrás: Benjamin D. Henning honlapja

To have the English version please select the language 'angol'

Journal of Earth Science and Engineering

For readers from abroad: please use the embedded translator 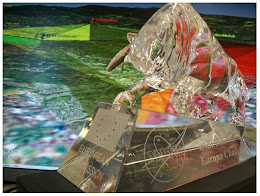 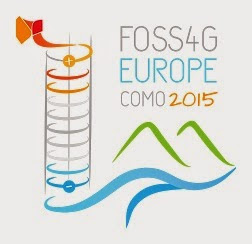 GIS for the UN and NGOs 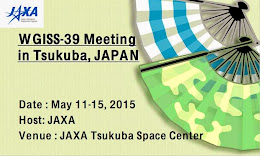 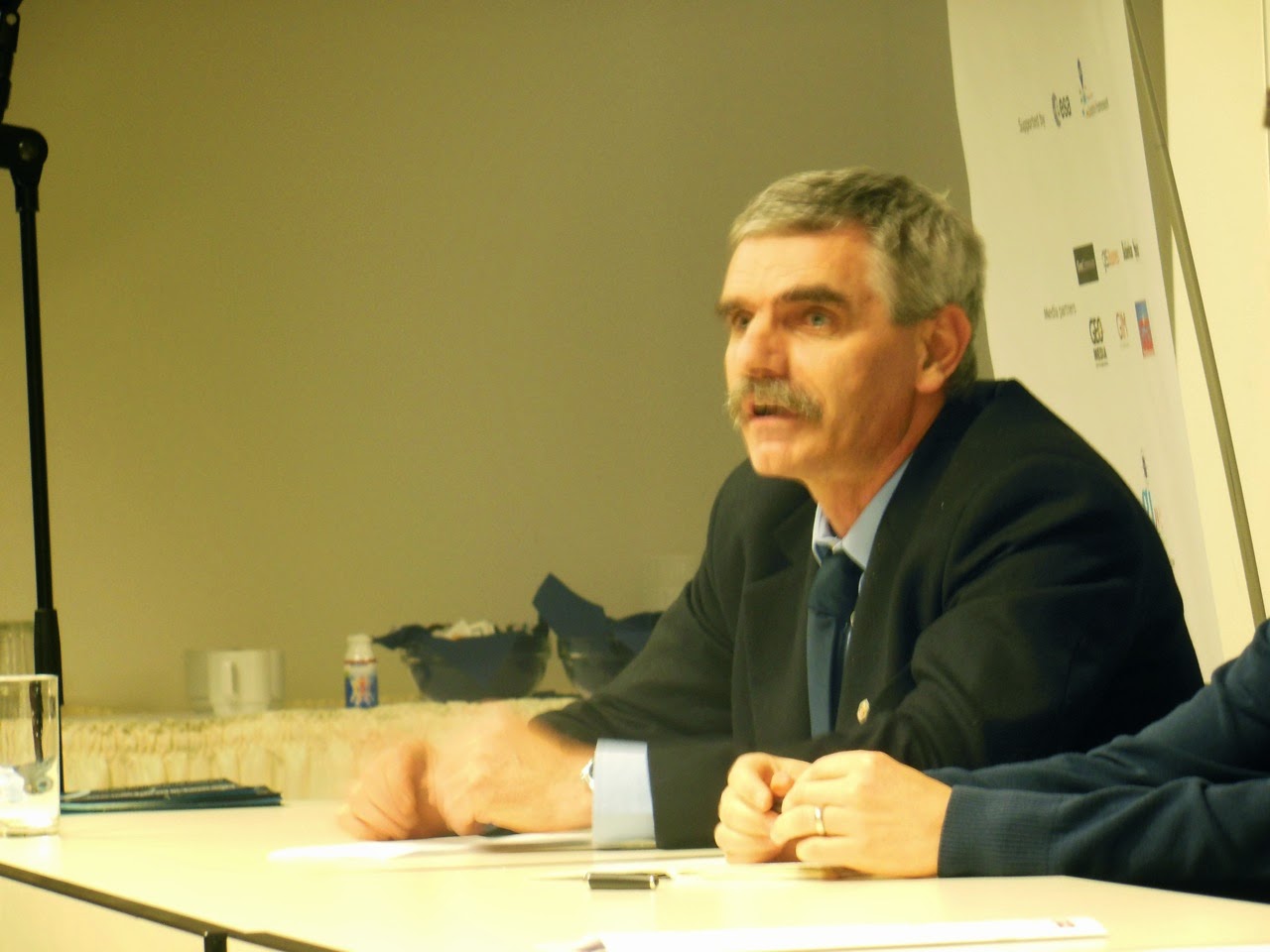 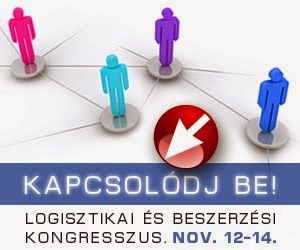 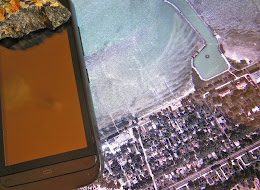 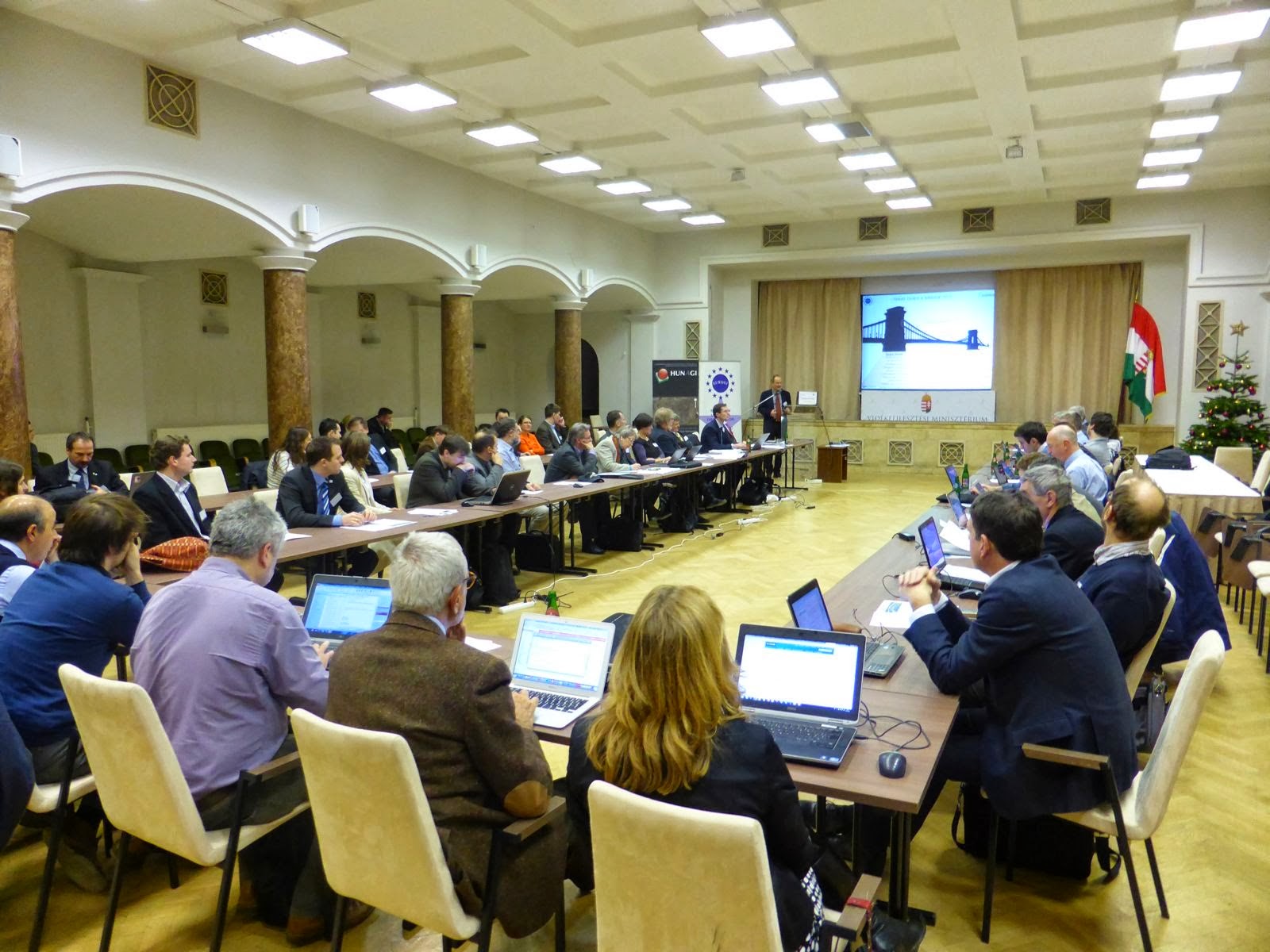 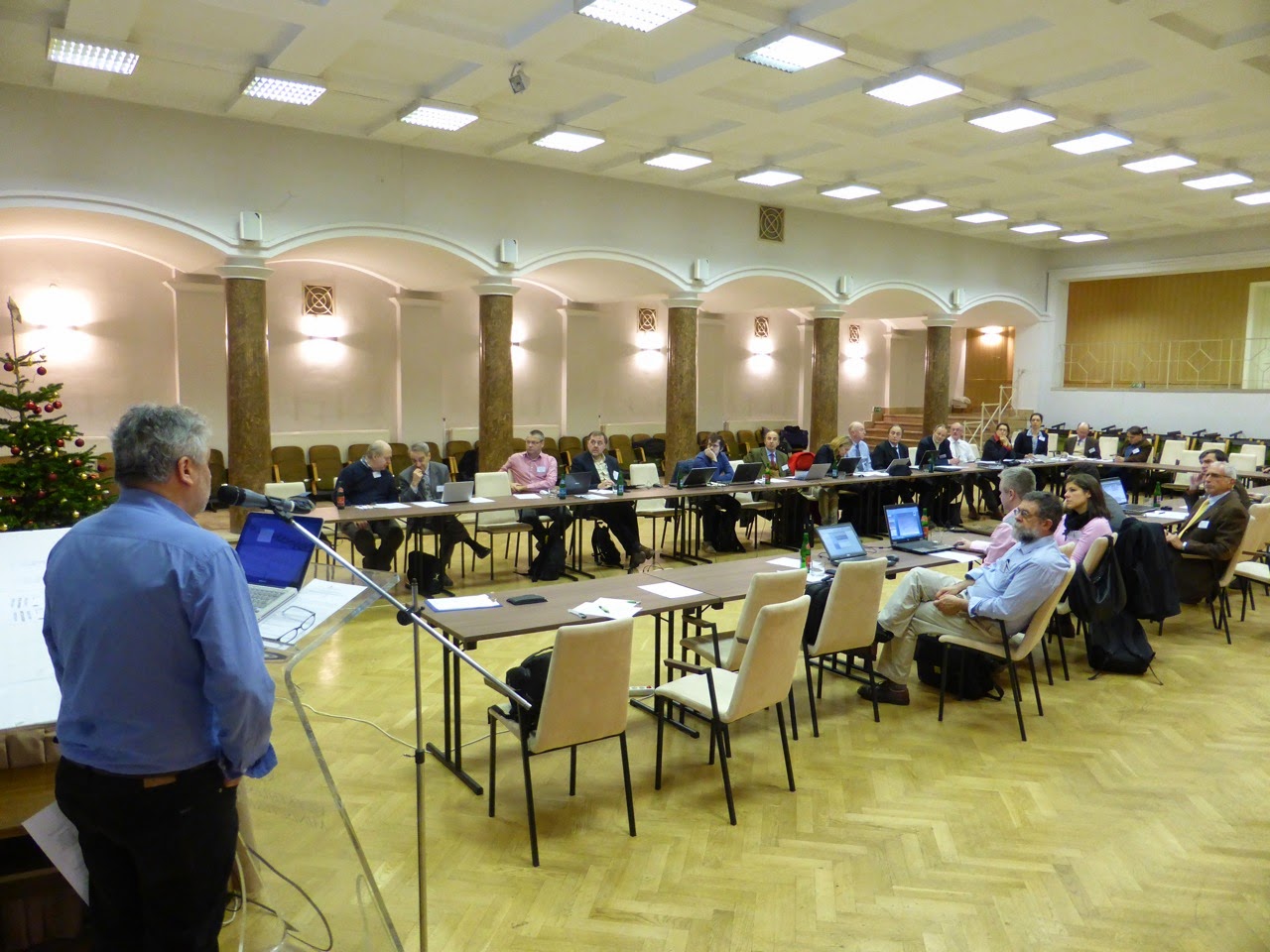 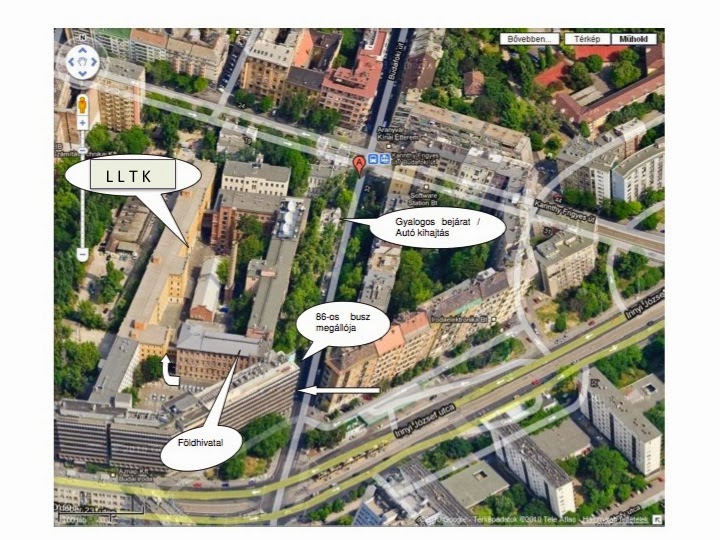 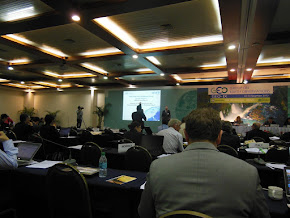 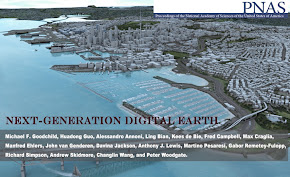 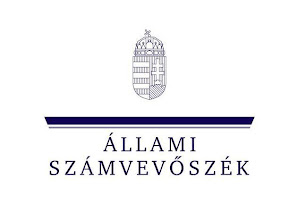 Support the campaign: copy this banner in your website